Superhero stories have been among us since forever. Like me, I'm sure many of you grew up with comic books, animated cartoons, movies. Who, in their jolly days as a child, didn't dream of being Batman, Wonder Woman or... Spider-Man?

But no matter how much we like those stories, sooner or later we begin to see a flaw in (many) of them - the antagonist. How many times have you seen this same structure: wild antagonist appears > gives the hero some trouble > make stupid choices (sometimes a stupid monologue about his own "greatness" > defeated by the hero. Especially in the earlier days of comic books, this cliché was blatantly clear, and by this day, we can still find it in many stories, not only for superheroes.

Is that possible to overcome? Can we, as writers, dodge what I like to call the Megalomaniac Villain Hole? We certainly can! Christopher Nolan did it amazingly in his Dark Knight trilogy, especially with Joker. More recently, Avengers: Infinity War, Black Panther and, our topic of conversation, Marvel's Spider-Man, the newest Spider-game developed by Insomniac Studios.

So, today, I want to study how this genre-redefining game was able to trust its audience and give us an ultimate antagonist!

Marvel's Spider-Man - Written by Benjamin Arfmann & Kelsey Beachum, based on the characters created by Stan Lee and Steve Ditko 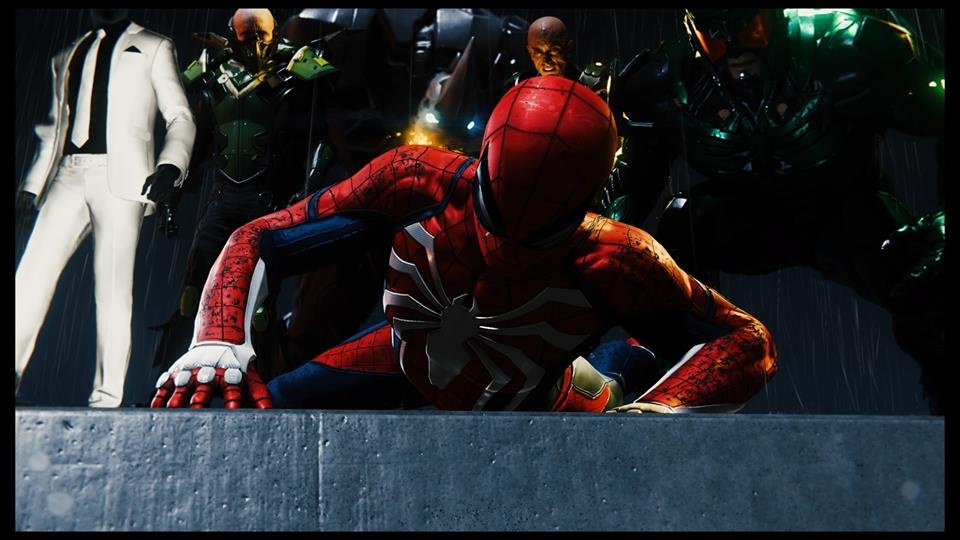 First of all, let's define who is the ultimate antagonist from Marvel's Spider-Man. The game has not only one, but three (major) opponents! In a more discreet, indirect manner, we have Norman Osborn, the mayor of New York. However, the game trailers sold another opponent - Martin Li/Mister Negative. He has an important function in the story, but he's not the main opponent. This honour goes to Otto Octavius, the infamous Dr. Octopus. Later on, we'll deeper those three!

You may have noticed that I'm not fond of the word "villain". I believe it carries a wrong and harmful notion of what this very important character is about. Many authors mistakenly see the opponent as someone who's pure evil - someone who looks evil, sounds evil, and does evil things just for the sake of megalomania. How many good stories feature a villain like this? They exist but are rare.

That's why we must look at the antagonist as a structural component of our story, his function inside the narrative.

Before we go on, I want to leave with you one of my favourite storytelling quotes:

"A protagonist and his story can only be as intellectually fascinating and emotionally compelling as the forces of antagonist make them." (Robert McKee, Story)

THE ANTAGONIST MUST BE POWERFUL

Okay. Powerful. Many of them are, right? How many villains have we seen commanding an entire army (Pagan Min in Far Cry 5 ), wielding unspoken cosmic powers (Dominus Ghaul in Destiny 2), boasting divine powers that make them almost invincible (Shinnok in Mortal Kombat X)? Does this make them truly powerful? Not necessarily, and ironic enough, the exact opposite happens most of the times.

So what does real power means? As John Truby says:

"[a powerful antagonist is that] who is exceptionally good at attacking your hero's greatest weakness."

Acting only on the background, we weren't able to see Norman's true power. Sure, he's a Machiavellian, delightful character with an indomitable personality that will certainly cause a lot of trouble in future, but for this first game, we only get a glimpse of his power as his actions affect everyone in the city, including our protagonist.

Mr. Negative is a bit more powerful. He is a threat like no other Peter has faced during his eight years as Spider-Man. When he attacks the City Hall, Peter is even knocked unconscious by the new, mysterious powers of the self-proclaimed Demons. Mr. Negative's gang cruelly exposes the hero's weakness that he's not as strong as he thought, that there are forces out there he doesn't understand.

Despite that, Mr. Negative is also thrown to the backseat when Dr. Octopus emerges.

One of the most surprising scenes in the game is the Act II Turning Point, when Octopus releases the Devil’s Breath to the city, causing an epidemy. By doing so, Otto directly threatens the life of all New Yorkers - and we know how much Peter values everyone’s life. His morality is turned against him, for he won't sacrifice anyone, contrary to Octopus or Mr. Negative, who will do anything to fulfil their goal. He turns Peter's morality into a weakness.

Peter saw Octavius as a model and as a father figure, so when the scientist becomes a supervillain, the jokes cease to work. There’s no time to fun. Unintentionally, he kills one of Spider-Man’s greatest weapons against his foes. But it doesn't end there, for Otto identifies Peter Parker as the man behind the mask, a revelation that hurts even more since his old mentor and friend knew how much all of that chaos was ruining Peter's life.

COMPETING FOR THE SAME GOAL 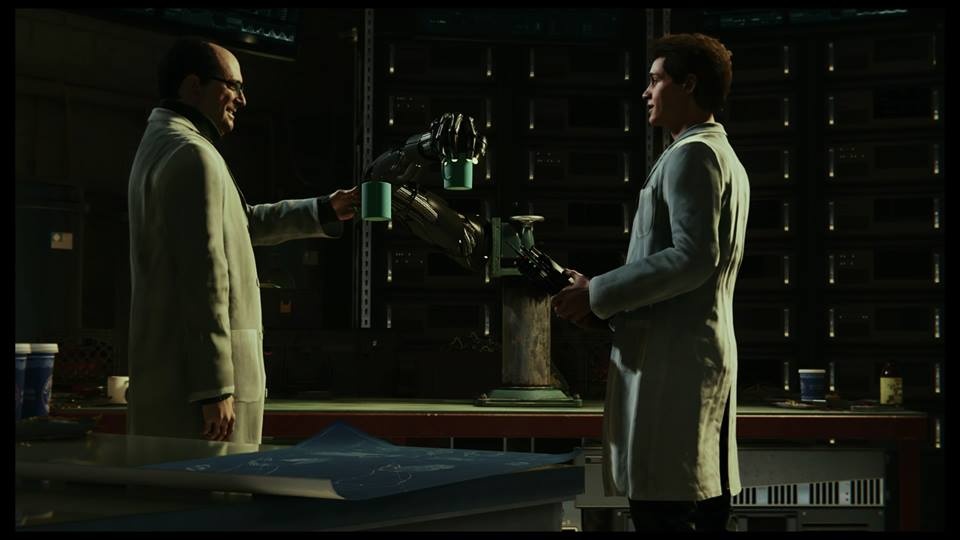 What is the perfect opponent for your protagonist? Simple - the one that competes for the same goal! That should sound obvious: if antagonist and protagonist don't share the Object of Desire, why would they face each other? Each one could get what they want and move on with their lives.

"It's only by competing for the same goal that the hero and the opponents are forced to come into direct conflict and to do so again and again throughout the story." (John Truby, The Anatomy of Story)

Both Spider-Man and Dr. Octopus have a vision of "truth", an ideology on how to use their talents, their responsibility, to treat the "people beneath them". They're both fighting over justice, and for what vision of reality New York will believe. Octopus becomes a bitter, even brutal man, threatening Norman Osborn with not only his life but the life of hundreds of people if he didn't confess. Peter also wants to see the mayor paying for his crimes, but not at the expense of innocent lives.

Only one of them can win.

An interesting and common thought is that the "protagonist and the antagonist are two halves of the same person struggling for supremacy" (Blake Snyder, Save the Cat!). This helps writers make sure that the two most important characters in their story are strong enough to the journey. It's not rare to find stories in which the protagonist is a nobody because the antagonist is not using his full potential (Assassin's Creed, Tomb Raider).

Here's a problem with many superhero stories. The writers tend to present these protagonists as an idealistic, almost perfect human being. They hold on to their beliefs during the whole storyline and, by the end, their values haven't changed, haven't evolved, because the antagonist failed in his job of pressuring the hero into dilemmas.

"True character is revealed in the choices a human being makes under pressure - the greater the pressure, the deeper the revelation, the truer the choice to the character's essential nature." (Robert McKee, Story)

That's something only Doc Ock does, what's excusable, but kinda sad - I wish we had seen more of Negative's power.

After he released the Devil’s Breath, I remember a scene when Spider struggled to save people he didn't know and only after that he went after his family and friends, in desperation that something might have happened to them while he was absent. Again, his morality turned into a weakness. The moments he used to save others, he could've gone after the antidote.

Doc Ock also obliges Peter to decide between helping him get out of the trouble caused by the defeat or leave him to the authorities. This would be no big deal if it wasn't for one detail: Otto knows Spider's identity, as he makes sure to remember. Peter, however, chooses his version of justice and truth, "abandoning" Otto to his own luck.

"You do what you think is best, Doc. It's all any of us can. Even when it hurts like hell."

Those are selfless sequences that marvellously (ha!) paved the way for the final and decisive Crisis, the dilemma the protagonist faces against the most powerful and most focused forces of antagonism.

Peter’s Crisis comes in a beautiful and tragic moment with Aunt May. She asks him to take off the mask so she could look her nephew, and then comes the hardest choice the hero has ever faced in his long eight years as the Web-Head:

A choice between irreconcilable goods: give May the antiserum and cure her, or give the antiserum to Dr Michaels to cure many lives.

The lesser of two evils: save May and see all the others die, or let May go to save everyone else.

Like a Shakespearian play, Spider-Man closes its curtains with a bold, ironic ending - not the "good triumphs over evil" kind of ending we're so used to seeing in superhero stories. No. Just like Peter Parker, this is a mature story. A story that respects its universe and its audience. 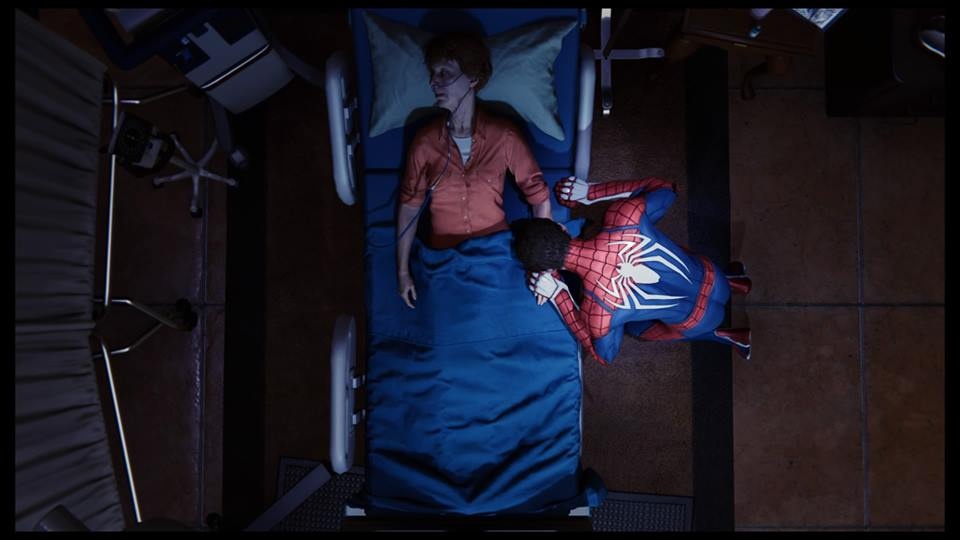 HELP THE PROTAGONIST TO CHANGE

The summed effect of all this is seen in the Hero's Revelation. Peter starts the story as a confident superhero. Eight years have passed since he became the protector of New York. But, for the first time in almost a decade, Spider-Man discovers that he is not mature enough. He realises he cannot underestimates his enemies, that he, like Otto put it, has to be the "kind of man who can make the hardest decisions."

Because of Otto Octavius, Spider-Man grows wiser. His resolve deepens, and he becomes a more experienced, mature superhero.

Marvel's Spider-Man story shone for many reasons, and one of them is the powerful antagonist. Here we have an amazing example of what happens when we respect the opponent and builds him beyond the "villain" stereotype. Doctor Octopus is not a great villain because of his cool mechanical arms or because of the brilliant acting (though all this certainly helped!). He is great because he has a profound and specific effect on the story, and on the protagonist.

This article was inspired by Lessons From the Screenplay's "The Dark Knight — Creating the Ultimate Antagonistâ€‹", so definitely give the video a watch if you're interested in the subject! Thank you all for reading, and see you next time!