The following blog post, unless otherwise noted, was written by a member of Gamasutra’s community.
The thoughts and opinions expressed are those of the writer and not Gamasutra or its parent company.
I completely forgot about this until I came across these images.Â  Champion paper company had the idea to boost sales of laser printer paper by including a video game in with a pack of paper.Â  Kinda like a box of cereal, just a tad bit weirder :)Â  Anyhow, these images are from a proposal that we did for Champion.Â  They really liked the idea, but in the end decided that the amount of money for a video game was more than what they might get from other forms of advertising.Â  This was probably the strangest thing I have encountered since developing video games. 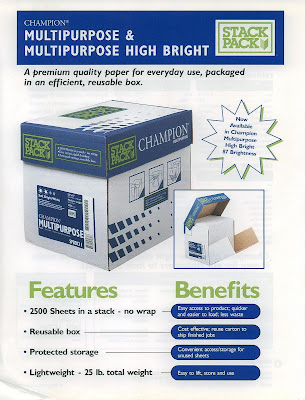 This is the product the game was to be packaged with. 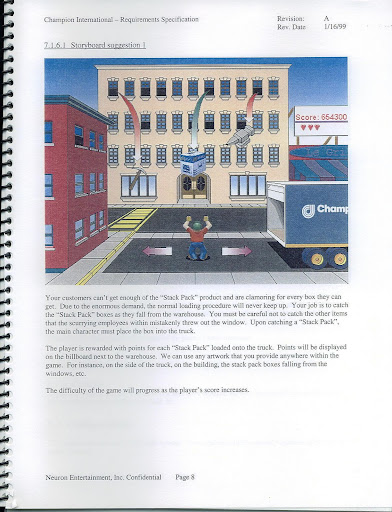 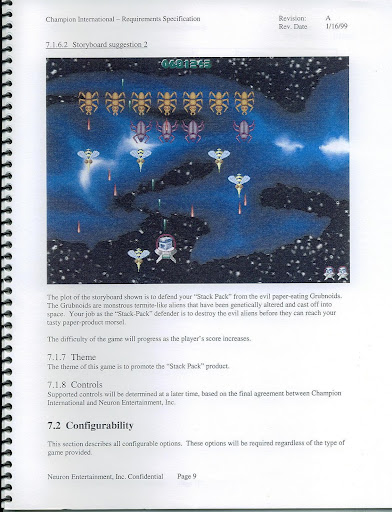 You can read more and follow me and Neuron Games, Inc. here: