Tokyo Wars by Namco, released in the arcade in 1995. 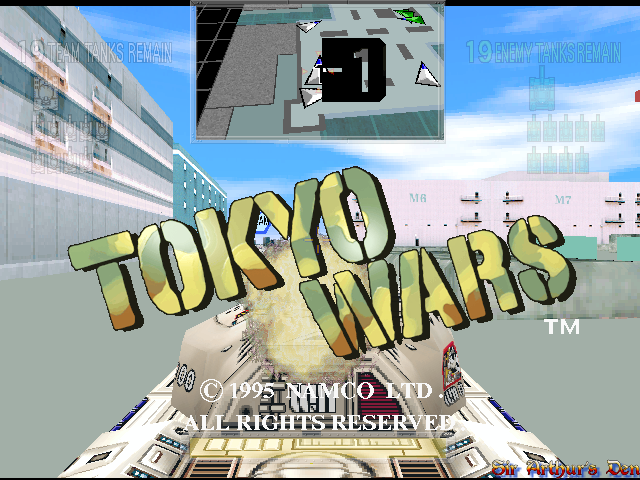 In the mid-1990's, following the endless onslaught of 2D space-shooter games (or shmups as they are often called) the industry finally began to embrace the 3D paradigm of game convention. Mostly relegated to racing games, a few fighters sported the new style and slowly but surely, other games would adopt it as well. 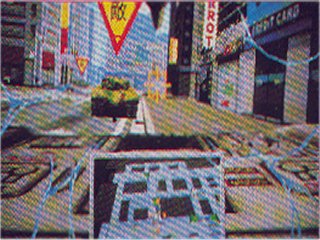 Namco came in strong force with several new offerings. Their new arcade board ran several outrageous 3D games, one of the most impressive of which was a tank battle "simulator" dubbed Tokyo Wars. Giving a nod to earlier similar efforts such as Atari's groundbreaking Battlezone, TW dragged the genre kicking and screaming into the new generation with a much more arresting presentation. 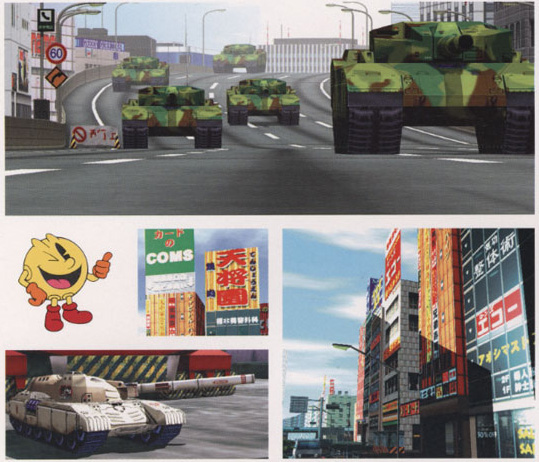 Deluxe-presentation Namco arcade games were hardly an unusual circumstance, and TW was certainly no exception. If one found an arcade sporting the machine, they'd witness a gigantic unit with 4 player stations set-up, mocking a souped-up modern tank interface. The environment was quite appropriately immersive, with a special "air-recoil" feature to simulate the tank's main gun firing. Essentially a very simple game, it was very successful in presentation and helped maintain that "arcade experience" that one still could not enjoy at home, at the time. 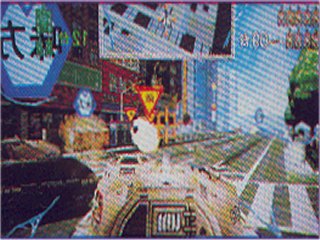 Tokyo Wars was never followed up with a proper sequel, though several like-minded offerings dribbled forward in the subsequent years. For many gamers, this represented a connection of the old and the new, and an invigorating promise of what was to come for exciting player-vs-player action in "real-time, living 3D worlds."

Retro Game of the Day - Archives