Retro Game of the Day! Vindicators

Retro Game of the Day! Vindicators 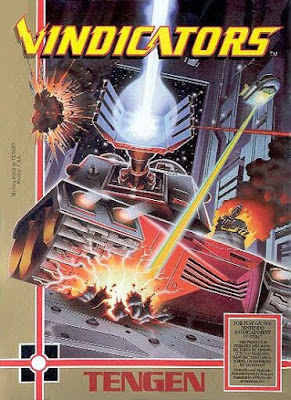 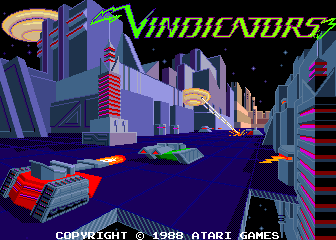 Another somewhat famous title from the masterminds at Atari Games during their heyday in the arcade, this game put you in control of a tank charged with maneuvering your way through enemy "stations" as you blasted everything in your path, collecting keys, stars, and of course fuel. 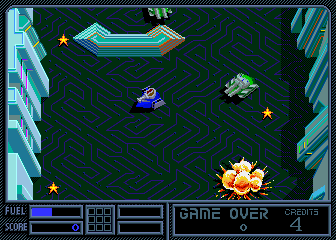 The gimmick here was the dual-stick control setup - and a very awkward one at that, which ultimately didn't do the game many favors in achieving long-lasting popularity.

The setup was neat and certainly challenging, and no doubt it gave the game a very unique feel that was never seen anywhere else (although in some ways, it was reminiscent of a game like Assault)

Two sticks, push both forward to move forward, push one to advance at an ark, in opposite directions to spin. Turret controls were independent; overall you had extraordinary control of your vehicle, but few likely had the patience to master them. 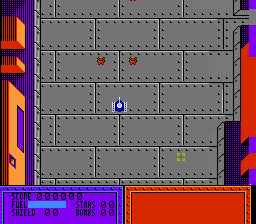 The game looked very much like you were cruising around in a Tron-inspired world, appropriately enough, even if the tank designs didn't match so much.

Though a strange game top-to-bottom, Vindicators had a cool-sounding name, an intriguing approach, and an appreciable execution from a developer who wasn't afraid to take some chances. An unlicensed NES port surfaced as well, rather long on looks but with faithful gameplay.