Will Loot Chests save Heroes of the Storm?


Everyone has been on the buzz about the large overhaul Blizzard’s Heroes of the Storm went through. Heroes of the Storm is a free-to-play multiplayer online battle arena game (MOBA). In a team of 5, players choose their heroes and are pitted against an opposing team. Players must work with their team to secure the map’s objective.

Heroes of the Storm’s Reward System Before

Upon winning the game, Heroes of the Storm rewards players accordingly with:

In the game’s previous system, when the player levels up, the player earns a chance of getting gold currency and unlocking more hero slots during rotation. When a hero levels up, the player earns the standard portrait, color variants of the hero’s basic skin, color variants of the basic mount, gold, and the master portrait. They also unlock the ability to purchase the master skin for 10,000 gold.

In a game where free heroes in the roster rotate every week, it was difficult to gain those hero levels unless you purchase them to always have them available on your roster. The game also had a level cap for both the player, and the heroes. This gave players a ceiling for the rewards they could earn, and it was mostly limited to standard hero portraits, master hero portraits, and the ability to purchase a hero’s master skin because the more special skins would require real money to unlock.

Along with these limitations, Heroes of the storm was not very popular, and caused a push for cross-promotions to increase its player base. 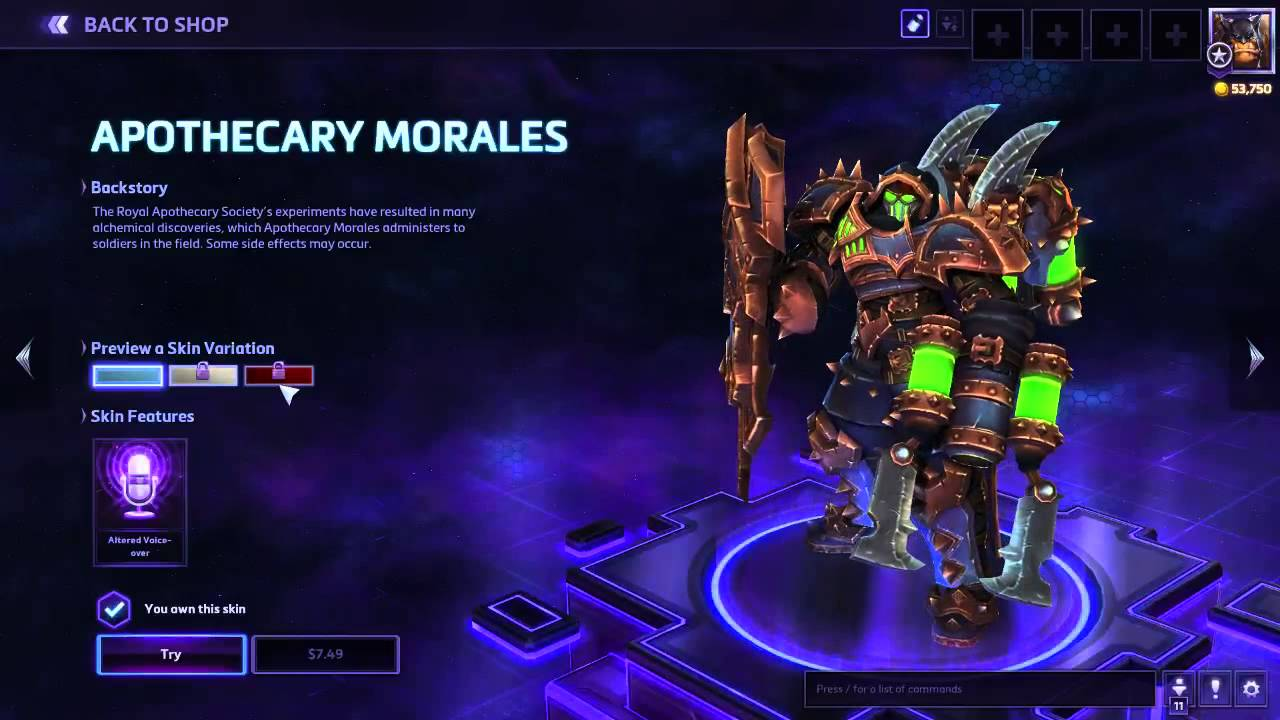 Some of their attempts of cross-promotions were: Unfortunately, it wasn’t as effective as they thought in the long run. Based on the number of people who were able to take the census created by Tom Gwels (@GwelsHeroes) for the game’s community in the period before and after the cross promotions: June 2016, December 2016 and February 2017, the number of participants didn’t move significantly and even decreased by February 2017.

To encourage more players, Blizzard decided to take it up a notch and go beyond simple cross-promotional content. Blizzard slowly brought in the updates that the Heroes of the Storm 2.0 would offer. These updates were:

And with the new reward system came loot chests for 2.0!

Heroes of the Storm 2.0: Loot Chests

The Loot Chest randomly gives the player any of the heroes, skins, announcers, banners, taunts, and other cosmetic items. Any duplicates from what the player already owns are converted to a new currency called Shards, which can be used to forge cosmetic items. Loot chests can be earned from leveling up a hero, and since the level caps were removed, the players can just keep earning more Loot Chests.

This Loot Chest system isn’t really new to everyone. Loot Chests go way back. Farther into the eastern side of the world, Loot Chests were actually first introduced as Gacha or Gashapon.

Gashapon is a word composed of two Japanese onomatopoeia: ‘Gasha’ and ‘Pon’, originating from the cranking sound of the toy machine and the sound of the toy dropping. It is a capsule machine created by Bandai, similar to a gumball machine, where the customer inserts a token to get an item, but instead of a gumball, the paying customer gets a random toy or trinket.

Gacha became a simple yet effective approach that it was later added as another layer of engagement in games. One of the games that applied the Gacha concept is the team-based first-person shooter, Team Fortress 2.

Team Fortress 2 has a crate called Mann Co. Supply Crate that drops in-game. This crate can only be opened by the Mann Co. Supply Key that can be bought with “real money” or traded in the game’s market. Just like the classic gacha, where there are different set of toys or trinkets you can get per gacha ball, the crates in Team Fortress 2 differ in content as well depending on the series. 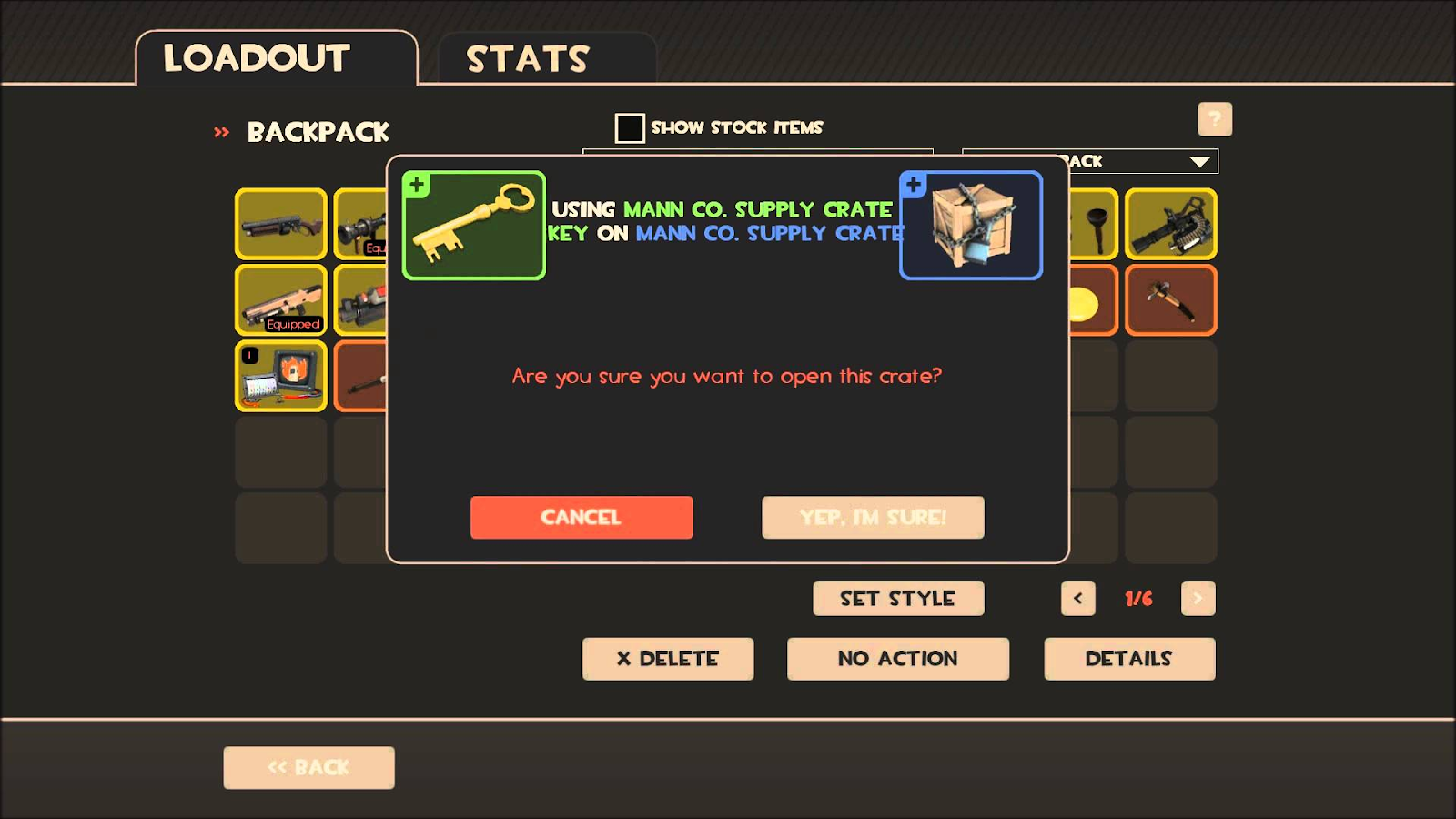 Another game is a multiplayer online battle arena called Dota 2. If Team Fortress 2 had Crates then Dota 2 has their version called Treasures. Dota 2 started with the same gacha system as Team Fortress 2 wherein the player gets Treasure via drop chances in-game that can only be opened by a Treasure Key. The treasure key can only be bought or traded. Each Treasure also has its own series, but a lot of them were very content specific to certain heroes. 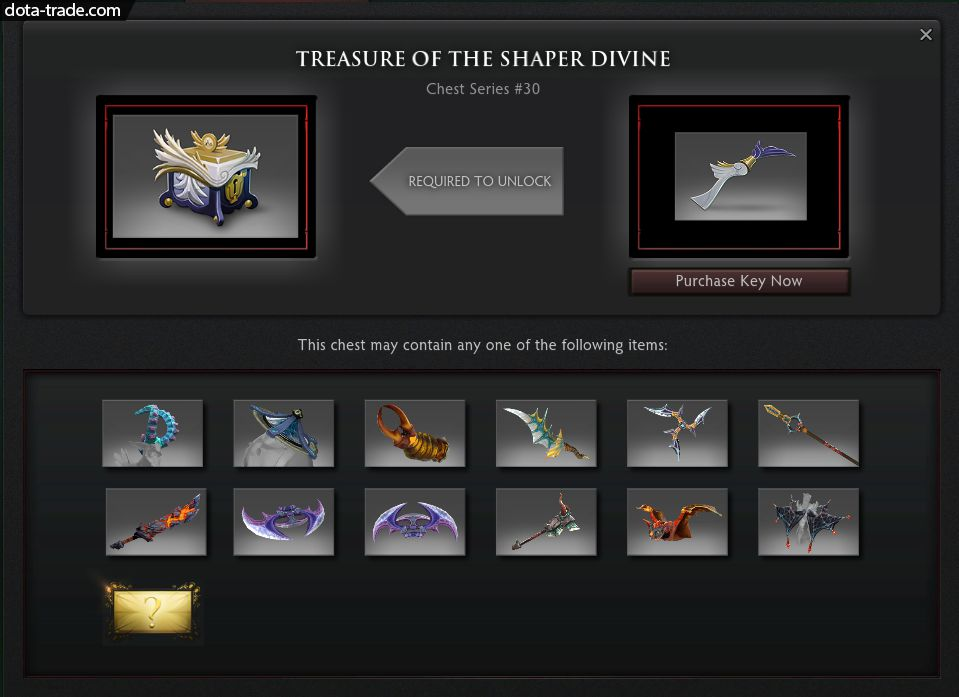 However, in much later updates (around 2015), Dota 2 decided to remove the existence of the Key and made the Treasures unlocked. Keys were no longer required to open the Treasures. The catch to this was that there were some Treasures that can only be bought or traded in the market. 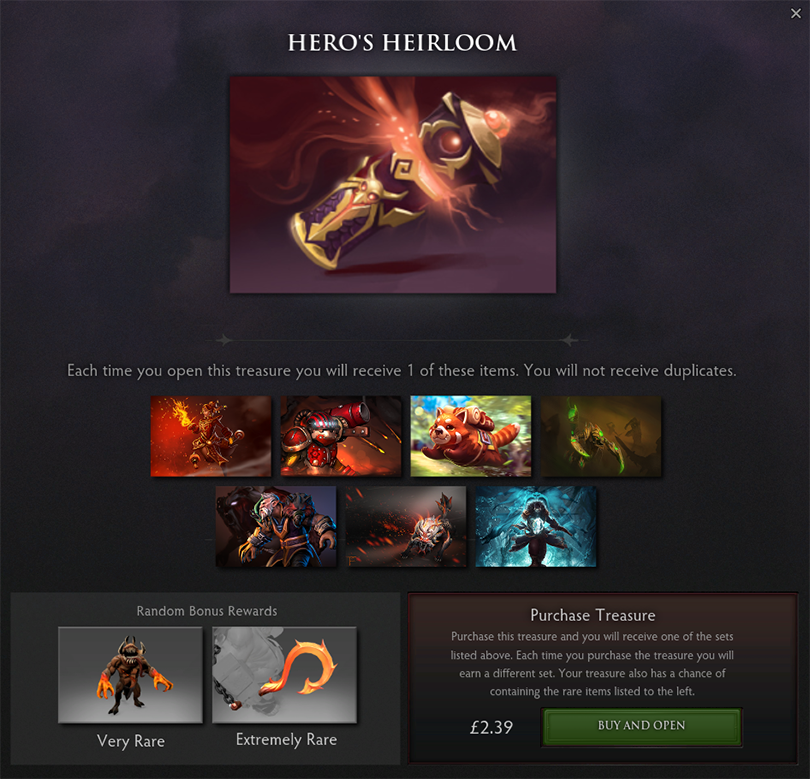 With movements around this system in the PC, the mobile gaming industry, of course, wasn’t left behind. Tons of games with gacha also appeared in the app store and play store. They even applied the concept earlier than Dota 2. One of them was Puzzles and Dragons, a match-3 game by Gungho Online, which was the first ever mobile game to net more than $1 billion in revenue at the end of 2013.

Another one, which is one of the recent mobile games, is Fire Emblem Heroes. Rather than the cosmetics of Team Fortress 2 and Dota 2, the player would draw characters to be used in the game through premium currency. Unlike the crates and treasures, the player can get rewards in bulk. The player can get as many as five, or even ten in some other games for one draw.

This idea was also applied in Blizzard’s Overwatch as Loot Boxes.

The Loot Box System of Overwatch is a combination of the Dota 2’s Treasure and Cosmetic Reward/Content, and the bulk rewarding of the gacha system in mobile. The difference between this system compared to the previous two was that every time the player levels up, the player is immediately rewarded with a Loot Box. This means loot boxes can be earned without having to buy them with “real money”. However, they can’t be traded.

It is up to the player whether they want to speed things up and buy the loot boxes to try and complete all the cosmetics or they grind their way and patiently complete them. What is nice about this system is that it is in line with the game’s currency. If the player gets a duplicate of the reward, it instantly becomes Gold that can buy the cosmetic the player wants that he couldn’t get from the loot box.

Sounds familiar? Yes, this is the very same gacha system that was applied on Heroes of the Storm in their version 2.0.

Will Loot Chests truly save Heroes of the Storm?

After introducing the same system on Heroes of the Storm around April-May 2017, another census was published, created by the same person (Tom Gwels). Compared to the February 2017 survey, where there were only 2456 participants, the May 2017 survey garnered around 6872 participants. Does this mean the solution they thought of finally paid off?

There were several problems surrounding Heroes of the Storm. It wasn’t only the reward system. Some of those included, but were not limited to, the following:

But the core problem was the game’s Player Retention. The new Loot Chest system indeed helped boost the number of players, but it did so alongside other new features and improvements in the 2.0 updates. While they spiced up the already-good core gameplay, the Loot Chests became the cherry on top, providing that rewarding feeling and sense of accomplishment when playing game after game.

In the long run, the Loot Chest System offers the developers an opportunity for more events with the now more expandable rewards system. It might make the people stay, addressing the Player Retention issue, because there will always be something new, but beyond the rewards, it’s up to the developers to keep spicing up the actual game itself.